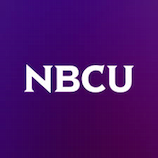 So exciting to work @ NBCUniversal, we are in the hart of our digital transformation incl. the launch of our new DTC platform Peacock. Want to join our young and international team, please apply!
https://www.beseen.com/blog/talent/top-rated-tech-companies-in-new-york/?sid=referral&kw=indeed_hire

We can really make a difference with our work here at NBCU. With the Virtual Workforce team, we help our co-workers to work more efficiently by automating their administrative tasks. Are you the team player we are looking for that is going to help us complete our mission?